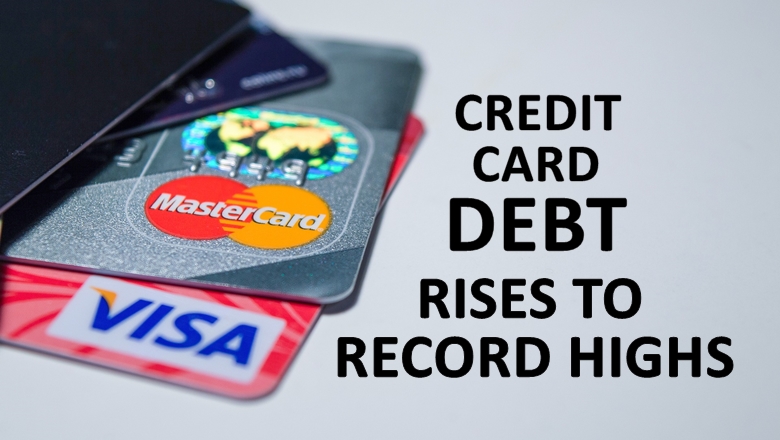 According to a New York Times article dated October 20, 2017, four top American banks – Bank of America, Wells Fargo, Chase and Citigroup – made more than $4 billion in income from their credit card divisions between July and September 2017. Unfortunately, this is not necessarily good news, as the Federal Reserve reports that outstanding credit card debt – the amount that is carried over from month to month – has exceeded $1 trillion for the first time ever. Not only is the total amount of credit card debt higher than at any point in our country’s economic history, but more Americans are carrying those balances over from month to month. In addition, the same article from the New York Times reports that a record 171 million individuals in the United States have at least one credit card.

We are approaching a situation very similar to that in the mid-90s, in which the economy was artificially buoyed by the extension and use of unsecured debt, rather than by increases in employment and wages. As consumers began to exceed their credit limits, and their ability to repay their existing credit card debt, there was a reduction in purchasing power. Credit card delinquencies began to grow, and available credit significantly decreased. Correspondingly, retail sales began to slow, and overburdened consumers were unable to participate in the automobile and housing sectors. The economic slowdown resulted in layoffs or wage reductions, which further limited the ability of consumers to manage their credit card debts.  Eventually, there was a spike in bankruptcy filings as the distressed consumers sought to shed their unsecured debt. In some cases, these bankruptcy filers lost their cars and houses as well, as they had been using credit cards to offset a shortage in household disposable income which was necessary to maintain their secure debts.

Hopefully, this recent and record increase in unsecured credit card debt is based on the calculated ability of consumers to repay the debt, and not on unsubstantiated optimism about the direction of our economy. But if you find yourself using credit card debt to pay “survival expenses” or standard household expenses, it may be wise to consult a bankruptcy attorney. It would also be wise to examine your monthly budget, and prioritize your debt payment, so that automobile and housing payments are not neglected while you try to balance competing credit card payments. It is important to be realistic about your income, and realize that just because a credit card company extends a certain credit limit to you, does not mean that they know more about your ability to manage the balance. Our major institutional banks have consistently demonstrated a short memory when it comes to our economic history, and it appears that the cycle of unsecured debt and economic optimism that led to the financial fallout of the late 90s and early 2000’s has created another bubble which is likely to burst in the next one or two years.

On the other hand, our firm understands that “those who ignore history are doomed to repeat it”, and stand ready to assist consumers in the Augusta area if circumstances occur which leave them unable to maintain their credit card debt, or which may place their home or vehicles in jeopardy.