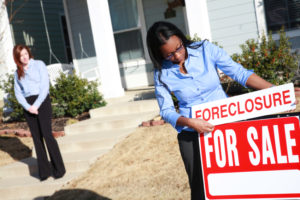 The pending loss of one’s home due to a default in the payments is often a motivating factor behind a Chapter 13 bankruptcy filing. A Chapter 13 bankruptcy will stop or “stay” a foreclosure, and allow the homeowner the opportunity to catch up or “cure” the delinquency over a period of up to 5 years, rather than in one lump-sum, as banks and mortgage companies often demand. However, many Georgia homeowners do not understand the foreclosure process, and as a result, often lose their property before they are aware of their rights and options. This article will attempt to address the process in layman’s terms.

A Chapter 13 bankruptcy will stop or “stay” a foreclosure, and allow the homeowner the opportunity to catch up or “cure” the delinquency over a period of up to 5 years.

When a homeowner finances the purchase of a home, they sign a promissory note setting forth the terms of the loan repayment. The traditional home loan is for 30 years, although some repayment periods may be for a lesser period, depending upon the amount of the loan and the homeowners’ income. In addition to signing the promissory note, the homeowner will also give the bank a mortgage or deed to secure debt. This gives the bank the right to take possession of the property in the event of a loan default, so that it can be sold, and the proceeds applied to pay off the loan. A mortgage on real estate is similar to a “lien” on a car title, in that it protects the lender from the property being transferred or sold unless their loan is paid off. Often “mortgage” and “promissory note” are used interchangeably when a homeowner describes their obligation to repay the loan.

A default under the terms of the promissory note allows the lender to “foreclose”, and take the property based on the mortgage. A default can be for numerous reasons, including: failure to make timely payments; failure to maintain insurance or property taxes; or leasing the property without the permission of the bank. Once a default has occurred, the law allows for the lender to foreclose provided they comply with the procedures designed to give the homeowner notice of the default, and the right to “cure” the default. Georgia is a non-judicial foreclosure state, unlike its neighbor, South Carolina, which is a judicial foreclosure state. This means that lender is not required to commence a foreclosure in Georgia by the filing of a lawsuit. As a result, the foreclosure process is not supervised by a judge, unless the homeowner initiates an action on his own in the state courts. Consequently, a foreclosure in Georgia can be completed in as little as 45 days, while a foreclosure action in South Carolina can last for as long as a year.

A default can be for numerous reasons, including: failure to make timely payments; failure to maintain insurance or property taxes; or leasing the property without the permission of the bank.

The first step is for the borrower to be notified of the default. The most common notice is from the lender, usually after the homeowner has missed several payments. While a homeowner may receive calls from the lender about the delinquency, these calls do not constitute “written notice”. If the homeowner is unable to make satisfactory arrangements with the lender, they will usually receive a more specific letter, detailing the amount of the delinquency, and the time period in which it needs to be paid. While that communication may state that a foreclosure will take place, it usually does not specify a date. The next step is for the lender, or possibly a law firm acting on behalf of the lender, to send an “acceleration letter”. Once the loan has been accelerated, the homeowner has lost the ability to cure the default by paying the delinquency. Instead, the only way to save the home is to pay off the entire loan. This payoff will include any fees or charges assessed to the account as a result of the default, including attorney’s fees and other costs associated with the foreclosure. 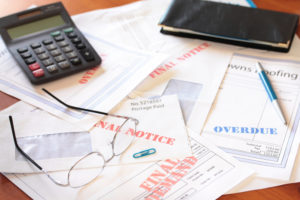 In order for the lender to foreclose after the loan has been accelerated, they must notify the homeowner of the date of the foreclosure. Foreclosure day in Georgia is on the first Tuesday of every month, meaning that a lender cannot auction off a property on any other day. However, the property cannot be auctioned off until the lender has advertised the foreclosure sale for 4 consecutive weeks in the month prior to the sale. In order to auction off a property at a foreclosure sale on the first Tuesday of December, the lender will have had to advertise the property in the county newspaper (i.e. the Augusta Chronicle for Richmond County residents) for a period of 4 consecutive weeks in the month of November.

On the first Tuesday of the month, the lender will usually send an attorney to the county courthouse to auction off (or “cry out”) the property. While individuals can bid on the property, it is usually the lender who bids the amount of their loan. The lender will then resell the property through the traditional process. Once the auction is concluded (assuming that the lender has followed the appropriate steps), the homeowner no longer has any rights with respect to the property. If the homeowner has ignored the foreclosure notices, or has been unable to take action to stop the foreclosure, they may return to their house to find the locks changed, with no means of entry. In the alternative, the lender may have the tenants evicted, and their possessions removed to the curb.

“Foreclosure rescue” scams have become an epidemic in states that use the non-judicial foreclosure process.

Because foreclosures are listed in the paper, many companies and individuals will contact the homeowners directly, offering their “services” to assist with foreclosure prevention. While there are reputable companies that will attempt to work out loan modifications, or pursue other options to help the homeowner keep their home, there are even more who attempt to prey on desperate homeowners, and take their money while offering no valuable service. “Foreclosure rescue” scams have become an epidemic in states that use the non-judicial foreclosure process. If you cannot negotiate a loan modification or extension directly with the lender, or their law firm, then the best recommendation is to file a Chapter 13 bankruptcy. In this manner, both the lender and the homeowner are subject to the court’s jurisdiction and oversight, allowing for the orderly repayment of the arrearage. Unfortunately, our firm has met with many (former) homeowners who have relied on vague or empty promises from the lender, only to find out at the last minute that the foreclosure sale was still scheduled to go forward.

A few simple things to keep in mind to avoid foreclosure:

Set a timetable for an agreement to be reached, to allow time to file for Chapter 13 bankruptcy to stop the foreclosure. For instance, decide that if a loan modification or other foreclosure prevention plan cannot be instituted by the 15th of the month before the scheduled sale, you will meet with a bankruptcy attorney. Because of the requirements imposed upon consumers who file for bankruptcy, it may be difficult or impossible to assemble the information necessary to file a bankruptcy case in time to stop a foreclosure sale.